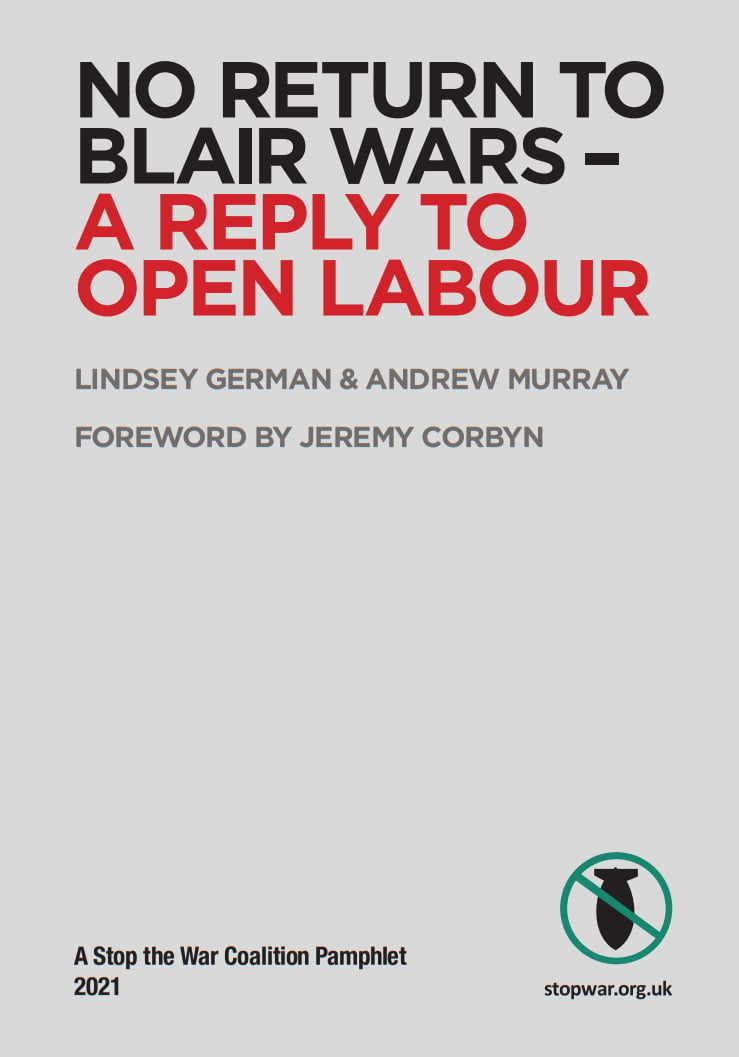 No Return to Blair Wars – A Reply to Open Labour

Anti-war opinion is deeply embedded within British society and has been since the disaster of the Iraq War. The desire for a new foreign policy was part of the attraction of Jeremy Corbyn’s Labour Party; to distance itself from Corbyn, and the anti-war movement he represents, the Labour leadership has recently endorsed attacks on Stop the War - with accusations that by opposing wars we support dictators. Our members and supporters will recognise this trope.

To rebuke these attacks Lindsey German (Stop the War Convenor) and Andrew Murray (Former Stop the War Chair and Advisor to Jeremy Corbyn) have produced a new pamphlet, No Return to Blair Wars – A Reply to Open Labour, clarifying Stop the War Coalition’s anti-imperialist philosophy and setting out the left’s foreign policy choices.