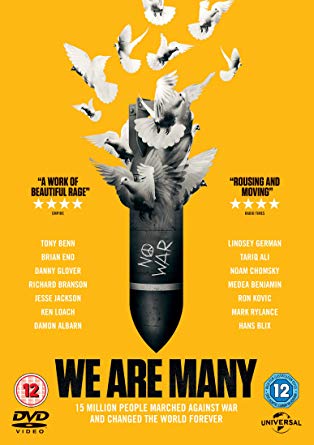 We Are Many DVD

Documentary about the worldwide protest which took place on the 15th of February 2003. United in opposition to the United States government's plans of invading Iraq, millions of people all around the globe simultaneously took part in protests and demonstrations in the hope of influencing those in power to change their minds. Film-maker and former BBC journalist Amir Amirani speaks to a number of demonstrators, organisers and celebrities involved in the protest, including Danny Glover, Richard Branson and Ken Loach, to gain a better understanding of the day in question and how it has influenced later events.